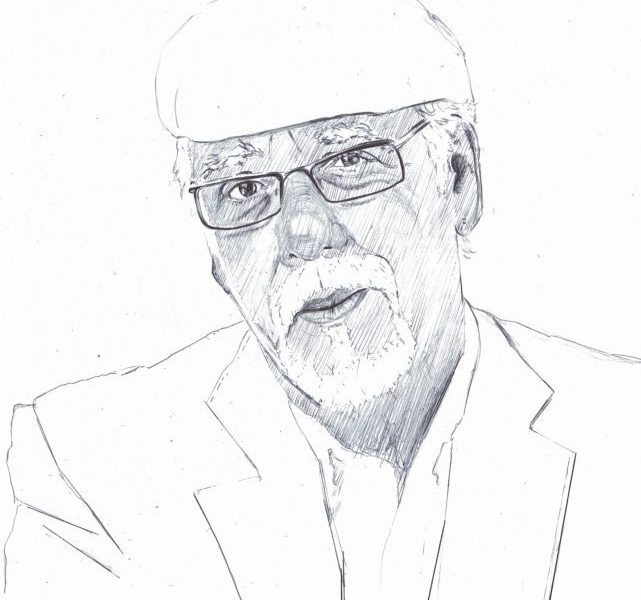 Q: Italian American Literature, in the US, had to go through an impervious path to eventually find itself critically recognized by scholarship. What level of reception and interest, not just among academia, do you think it has now come to receive?

A: It took a while for Italian American literature to be identified as such. This had to do with the late entry of Italian Americans to the ranks of critics and scholars who began to pay attention to it. It’s part of what I call Indigenuity, a word that came to me while listening to a conversation among LatinX writers Cherrie Moraga, Celia Herrera Rodriguez and Luis Rodriguez in a recent online conversation in the series “In Good Company: The Latinx Public Voice.” The trio discussed the importance of connecting to their indigenous cultures as they developed their responses to living in today’s world. Listening to their rich exchange prompted me to post the following in the chat:

Indigenuity is created by every human being connecting to the energies that were lost through acculturation to whatever it is that America meant to those indigenous people of other places who came here as immigrants. Deep inside we are all indigenous to some place. That is the place that we all need to return to connect us to each other as humans, and not by fighting the identity categories that material powers have devised to divide us. You are all speaking the truths that we must carry back into our peoples as messages of hope. Bravi Cherrie, Luis and Celia.

An Internet search for the word turned up the following earlier use of the word in the work of author and activist Daniel R. Wildcat, a Yuchi member of the Muscogee Nation of Oklahoma.and author of Red Alert: Saving the Planet with Indigenous Knowledge.

Indigenuity is the application of deep-spatial wisdom held by Indigenous Peoples, e.g., American Indians and Alaska Natives, to solve practical problems we face today. Indigenuity is the result of a People’s long intergenerational transmissions of experiential knowledge over millennia resulting from their attentiveness to the inextricable symbiotic nexus of human cultures and the ecosystems/environments that gave tribal Peoples their culture and identity. As such Indigenuity is a co-creation of humans and plants, animals, and other natural features of the world.

More often than not it takes the work of indigenous critics to draw attention to writing and art produced by members of a culture who are not naturally part of the dominant culture(s) of a society. Gramsci alluded to this when he introduced the idea of the organic intellectual, and it’s something that I took to heart as I began my foray into the study of Italian American contributions to American literature. This certainly was the case for the African American, LatinX American, Jewish American, and other scholars who challenged the canon of U.S. American literature that had been set up and studied by the early academic institutions, and who still challenge it today. What they were doing to culture was what Wildcat says must be done in our approaches to protecting our ecosystem.

Because of the work of Olga Peragallo, Rose Basile Green and Helen Barolini, people began to pay attention to such a thing as Italian American literature, something I could not even have imagined during my earlier education, in which I studied first, African American literature with a Finley Campbell at the University of Wisconsin, Madison, who first inspired me to begin my search for Italian American writers when he said, “White people got roots too!” Later, when I asked a professor if he thought we could study Italian American writers the way we were beginning to study African American, LatinX American, Asian American, and other groups, and he responded with a laugh and something like, “No. They are white.” We may have been white in his eyes, but our work certainly wasn’t “white” enough to be included in his courses. This series of events pushed me forward in my search for Italian American literature, and to join the work of other young scholars (at the time) Mary Jo Bona, Anthony Julian Tamburri and Paolo Giordano, who through our own inherent version of indigenuity were looking for the knowledge of our ancestors.

Q: In 1949 Olga Peragallo was the first scholar to critically approach Italian American literature. Prezzolini defined her work as seminal. Why do you think she has, in fact, received so little consideration? Was Barolini right in her Prologue (The Dream Book) while highlighting the subalternity of female writing?

A: Peragallo, acting on that notion of indigenuity began the difficult and important work of finding the texts that would become the basis for claiming the presence of an Italian American literature. She died young and little if anything is known about her life and work; her legacy lies in her 1949 publication of Italian American Authors and Their Contributions to American Literature. New York: S.F. Vanni. Vanni was a bookstore and publisher that once was located a few yards down from the current Casa Zarilli Marimo of New York University. That book was never republished and you so if you weren’t a library stacks rat, like I was, you wouldn’t have come across it. I had to photocopy it (it’s now available now through a 2012 reprint), as well as the later study by Rose Basile Green. Peragallo’s work gave us all a starting point from which to proceed with the work necessary to join the multicultural challenge to the traditional canon of American literature as it was studied from grammar to graduate school.

Q: If you were to teach a course on contemporary Italian American literature, in Italy, what three authors would you prioritize and why?

A: I have been teaching Italian American literature in Italy for a while now, and that would depend on where in Italy I was teaching. For example, when I was invited to teach in Sicily, I used Sicilian American authors Tony Ardizzone, Ben Morreale, Jerre Mangione, Gioia Timpanelli

But the ones I regularly use in my courses include
Tony Ardizzone, Mary Caponegro, Tina DeRosa, Don DeLillo, Pietro di Donato, Rachel Guido deVries

Q: What do you think might be the reasons for the scarce academic interest in Italian American studies in Italy?

A: For a long time, the Italian immigrant experience wasn’t considered American, and so it wasn’t something studied by the Italian scholars who had come to study American literature in the U.S.A. Like me, their proximity to the experience kept them from seeing it as something that might be explored in formal educational settings. Many had relatives who had emigrated from Italy, and the very idea of studying something personal in a public setting, at least back then, wasn’t something we did in school settings. As the multicultural movement began to take hold and gain power in the U.S. academy attention went to the ethnic and racial groups that were involved politically: political action is required for cultural attention in the U.S., especially in a capital-based economy. Turning revolutions into trends makes it salable and enhances opportunities for the agitators to sell out; turning volatile rap songs into bestsellers is simply capitalism’s way of defusing challenges to its grip on social and political power. If the mainstream, whether in the commercial or educational arenas, doesn’t sanction attention to something, it’s not taken seriously enough to reward those who pay attention to it. It’s that simple. I was told, by very well-meaning intellectuals, that Italian American literature wasn’t an appropriate subject for serious scholarly study: there wasn’t enough scholarship to build upon; the writers hadn’t achieved a high enough quality of writing or a mass great enough to warrant such work. So, it’s no surprise to me that if I, as a serious U.S. American student of literature was pushed away from it, that the same would happen to other potential scholars in other parts of the world. But things are changing as more and more youth become interested in an aspect of American literature that they can claim some expertise in studying. Thanks to the work of Francesco Durante, Martino Marazzi, and other journalists and scholars, Italian American literature is much more available to the Italian student and scholar. And thanks to the works of critics such as Robert Viscusi, Mary Jo Bona, Anthony Julian Tamburri, Edvige Giunta and others, that work has been established, even sanctioned for study. What we see now are students building upon that work and moving the study into new directions, and this is the key to changing both the Italian and American academies’ ideas of the usability of such scholarship.

Q: Right now, due to COVID-19, it’s probably been a while since last time you visited the Old Country. What do you miss more?

A: I am going on my second year of not being in Italy, a place I’m used to spending much time in during a typical year. I miss my friends, family who live there; I miss the simple act of just being there, in a place that I feel I belong, and have felt since the first time I visited there more than forty-two years ago. At that time, I was a restless young man in my twenties, missing something in the land where I was born, and travelling to Italy, looking for something, but not knowing what it was. I found it as the first of my family to return to Italy after my grandparent’s leaving it more than fifty years before that. In 1978, I realized that if I wasn’t feeling American, maybe I was Italian. But in Italy, I found that I was neither American nor Italian. I became something new, an Italian American, but more than any national connection, I found what it took to make me become a more balanced human being. I have spent my life, since then, trying to better understand why that happened, through my lifestyle, my studies, and my writings. It’s not that Italy is such a magical place, it’s that I connected to the energies and the knowledge that helped to formulate my very being, and that is. what I have come to understand, what life, my life, is about. And that, I have come recently to realize is what indigenuity is all about. 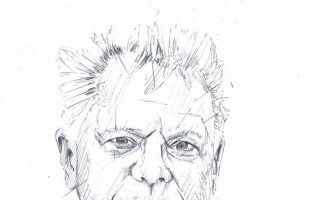 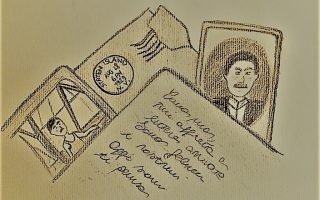 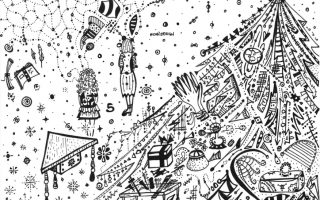 From the unpublished manuscript “Sister 5” by Louise DeSalvo