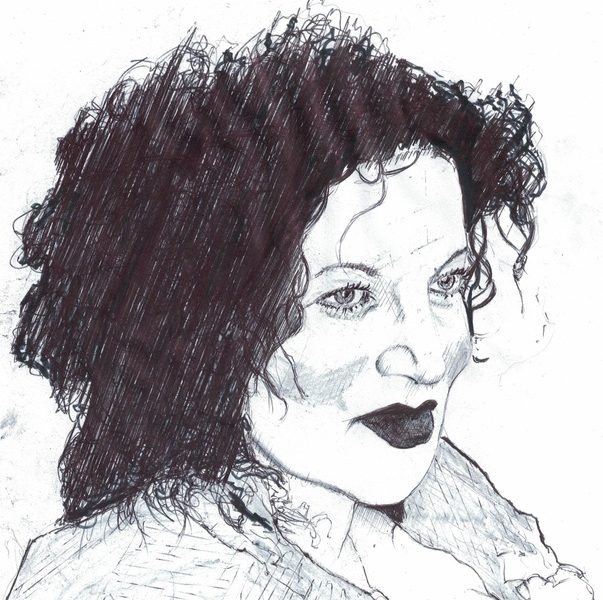 As a child in Italy, my father, a successful businessman, implanted in my brothers and me a belief in the mythical power of linguistic precision. He looked at us kids like a panther in repose, ready to pounce on a misused adjective or sloppy adverb. He labeled any expression that was too generic, bambinate, childish nonsense, a weakness of the spirit that would lead to every kind of reprehensible behavior as adults. I was his devoted follower.

When I went to New York after college, I lost my ability to speak. I had been a top student in English literature in Milan, but American was radically different. I had no idea what people were saying. Words roared, purred, and clicked in their mouths. I reached despair one night when I urgently needed to call home. The operator kept insisting that I could not get in the Circus. I hung up and cried. Only years later, I realized that what she said was: “The circuits are busy.”

I listened to conversations in cafes and on the subway. I faithfully watched TV: commercials repeated themselves until I finally understood and jumped up screaming, “Finger licking good!” “Pearl drops!” But an authentic exchange as I knew it was impossible. I could not recognize myself when I spoke. Much to my horror, movies were always “interesting,” food was always “tasty.”

One afternoon I walked into a small Women’s Bookstore on the Upper West Side and looked around. I had missed reading too much. A title caught my attention: The Bluest Eye. I started reading the first lines. It was like listening to jazz. I could not follow each turn, but I understood in full. It affected me so profoundly that my hands shook when I bought the book. I was frightened and elated. One could be precise in a fractured way I had never known existed. I was so thrilled, I walked all the way home to the East Village. 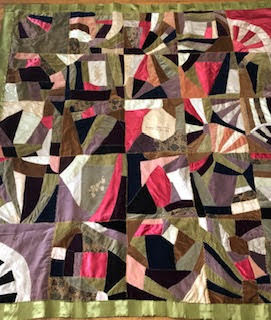 My then-boyfriend, now my husband, said that American was a composite of many languages. It was not static in its rules. He suggested I look at a book about quilts he had. I had heard of them, but I had not seen one. The quilts were beautiful mosaics. One, a “Crazy Quilt,” had an astonishing, shattered appeal. I kept going back to it. The crazy quilt suggested movement and harmony within disorder. I loved the fragments reaching out to other pieces, and the solitude of each, even in the closeness.

“My brain,” I told my boyfriend.

I bought a bedsheet at a thrift store, a marvel of cheap treasures that did not exist in Italy, and went back daily for velvet scraps. I went to work in our small fourth floor walk up with the bathtub in the kitchen. Friends came and went. Peeked, drank coffee. It was a dancer who fully understood. He sat by me while I was silently pondering which color to use for the center piece. Somehow he knew what I was trying to express. He looked at the quilt thoughtfully then pointed at the middle.

“Grey silk,” he said. And it was perfect.

I never told my father what I truly learned in America. My words in American found each other, one snippet at a time. I learned to love the nervy intensity of American. The last time I spoke to my father before he died, I assured him of my allegiance to precision. I did not say it might be of a different kind. He was very old, and it was his birthday.
___

Rosanna Staffa is an Italian-born playwright and author. She is a prize winner of the 2020 TSR Nonfiction Prize and recipient of Honorable Mention for The Tiferet Journal 2019 Writing Contest Award. She is a Short Story Finalist for The Masters Review Anthology and for the 47th New Millennium Writing Awards. She is a 2019 Pushcart Prize nominee. Her plays have been seen on stages in Tokyo, New York, Seattle, and others. Her play “The Innocence of Ghosts” was seen in New York Off-Broadway at Saint Clement’s Theatre and was filmed for inclusion in the Lincoln Center Theatre on Film Library. Her plays are published by Heinemann and Smith & Kraus.  She is a recipient of a McKnight Advancement Grant, a Jerome Fellowship and an AT&T/On Stage Grant. She holds a Ph.D. in Modern Foreign Languages from Statale University in Milan and an MFA in Fiction from Spalding University.

ON THE COVER: ILLUSTRATION BY MASSIMO CARULLI 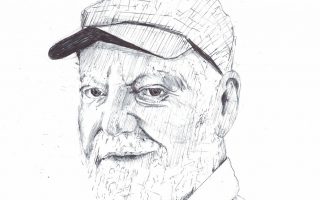 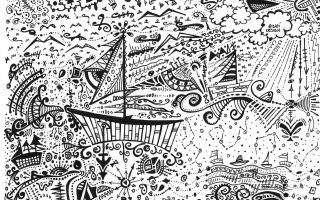 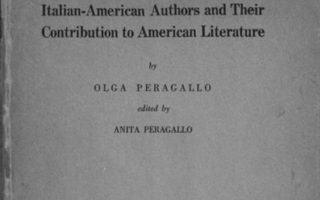